skip to main | skip to sidebar

Receiving pictures from ES students is the best - ARF! Here are the first ten out of 43 Dog Gone! drawings from first-grade students at Woodbrook ES School, Edison, NJ. 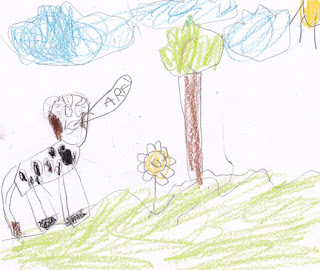 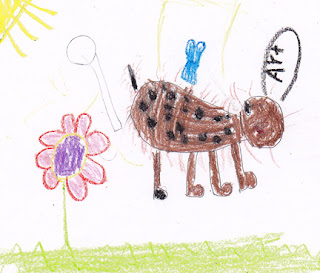 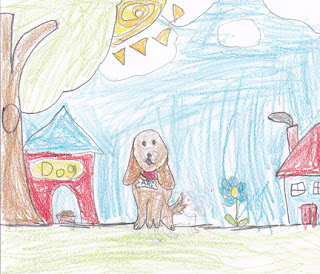 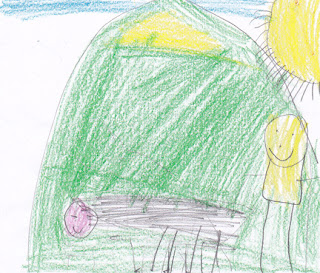 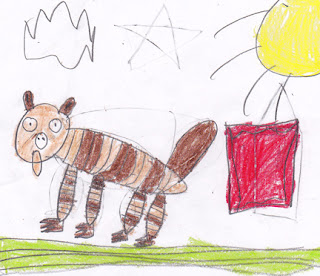 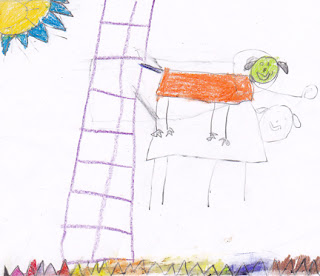 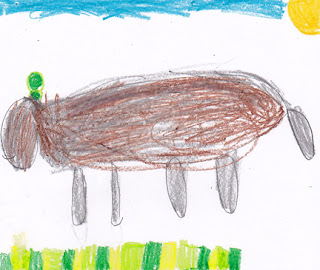 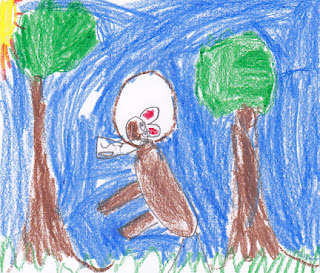 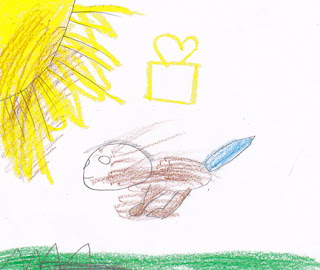 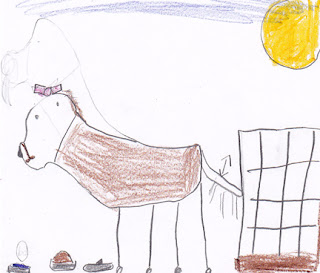 Thank you Miss Hook for sharing Dog Gone! with your wonderful budding artists. You are Awesome Readers Fur-ever — ARF!

Check back next week and I will post ten more...

Posted by Leeza Hernandez Illustrator at 9:33 AM

It's been a while. My blogging isn't what it used to be due to a fully-loaded schedule, but I thought this might be the perfect way to re-ignite some semi-regular postings.

I was tagged by the awesome Courtney Pippin Mathur who is celebrating the release of her equally-awesome debut picture book Maya Was Grumpy. The tag is for a blog tour called The Next Big Thing which is an international campaign to spotlight authors and illustrators. My tags are at the foot of this post, go check them out, they are amazingly talented, too!

Here are the ten questions I was asked for The Next Big Thing tour:

1) What is the working title of your next book?
Cat Napped!

2) Where did the idea come from for the book?
I have a book that released last year called Dog Gone! I always wanted to do a companion book with a cat as the main character, et voila!

3) What genre does your book fall under?
Picture book.

4) What actors would you choose to play the part of your characters in a movie rendition?
Hmmm ... I think Amy Adams would be a good voice for the cat and either the adorable Maggie Elizabeth Jones would be great for the little girl, or someone like Keshia Knight Pulliam who was awesome as the Cosby Show’s Rudy back in the day.

5) What is the one-sentence synopsis of your book?
A curious kitty gets more than she bargains for when she curls up for a snooze after a stroll in her neighborhood, and soon discovers there is only one way to take a nap.

6) Who is publishing your book?
G.P. Putnam’s Sons, an imprint of Penguin USA due for release Summer 2014.

7) How long did it take you to write the first draft of the manuscript?
The first draft took a while to get the story right. The text is minimal so there wasn’t too much revision involved, thankfully.

8) What other books would you compare this story to within your genre?
Hmmm, that's a toughie. It hasn’t really been compared to any other books yet. I don't know if that's a good thing or not!

9) Who or what inspired you to write this book?
Whenever I begin to noodle an idea for a book, I like to play on words. I originally worked with the title ‘Cool Cat’ and toyed with a story about a kitty falling in a swimming pool, but it didn’t work. Then, the idea of ‘the grass not always being greener’ kept cropping up as I watched my young daughter’s curiosity of the world around her increase—not always to her satisfaction. Lastly, I remembered a cat I had years ago that insisted on exploring places she really ought not to venture. She always came back filthy and I’d try to imagine the trouble she got herself into. These ideas meshed into Cat Napped and the story came together naturally after that.

10) What else about the book might pique the reader's interest?
The relationship between the girl and her kitty is one that captivates the universal theme of friendship or even sisterhood. The pigeons are fun characters and, with the woman, they demonstrate kindness to others. Cat’s experience could also potentially help raise awareness about stranded or abandoned pets and adoption. I don't want to give anything away, though, so will stop here.

Thanks for the tag, Courtney!

I now officially pass the NBT torch to the following authors and illustrators. Click on their names to visit their sites.

Vesper Stamper, illustrator of In The Hall of The Mountain King written by Allison Flannery (Samizdat).

Sweet Squares is a project created by Diandra Mae, and inspired by Melissa Sweet, a children's book illustrator and artist. Melissa makes a point of creating art every day just for herself in little 3-inch x 3-inch squares. Find out more about Dee's project here.

Sweet Square 003 was created by stamping miniature letter stamps onto Arches 90lb hot press watercolor paper. I used the Ampersand and the Period stamps. I love the texture that varies with each impression of the stamp.

Playing catch up, but here is my first Sweet Square.

Sweet Squares is a project created by Diandra Mae, and inspired by Melissa Sweet, a children's book illustrator and artist. Melissa makes a point of creating art every day just for herself in little 3-inch x 3-inch squares. Find out more about Dee's project here.

Sweet Square 001 was created using distressing ink and a sponge on Arches 90lb hot press watercolor paper. A paper circle was cut and taped to the middle to mask the center. I'm currently working on a nighttime illustration, and have been playing with different effects and textures to create a full moon glow. This was one of those experiments but on a much, much smaller scale.